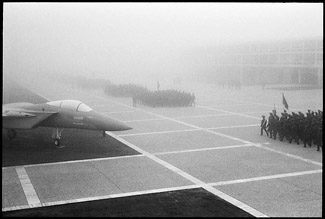 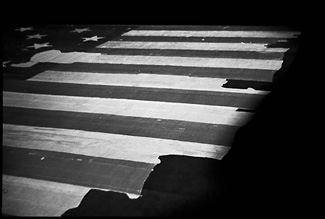 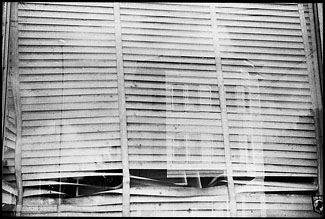 Shades of Grandeur: The Last Bastion of the American Dream


These images are an attempt to tell a story of a superpower amidst the death of its industrial revolution, when ambitions of empire and the specter of hubris pull at a nation in transition - one at odds with itself and gasping for compass beyond the precipice of shifting paradigm. The pictures are a product of a pilgrimage to rediscover things shown in the light of the present reflected through the looking glass of history; values which have stood the test of time and some for which the American dream has left behind.

With little global competition as a result of having the only industrial complex to have survived the World War Two, the United States was ushered through a period of unprecedented growth and unsustainable profits. The generations raised during this time of plenty were indoctrinated by a false positive of what was possible for the American dream. Before boom turned to bust, stigma associated with wearing a blue collar replaced the honor once held by working with ones hands. For generations since, the American economy has strained to outrun an inevitable correction to societal expectations and way of life.

The American experiment was a monolith of human achievement, however the society must now learn to cope with a legacy of power and dominance - of greed and short sight. If this story is symbolic of a country?s misspent youth, then the revelation of peak oil, climate change, and the long overdue correction to the bubbles that formed following the Great War mark the harsh wakeup call that is adulthood. This recent economic volatility casts an ominous tone over the rise of a great many civilizations with aspirations of American opulence. What remains are apparitions of empire - haunting, seductive and alive with ghosts.